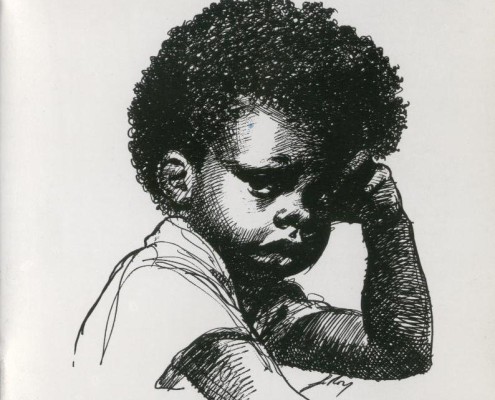 His first name, LeRoy, translates as “the king” in French (le roi), and that’s how he pronounced it, with the accent on the second syllable.

That might strike some as an affectation. But by all accounts Detroit artist LeRoy Foster was as humble as they come. Foster may have lived more like a pauper than a prince or king, but his art often projected a regal quality.

“You would look at his art and it was monumental, with Michelangelo-type figures, the artist he most admired. But he was a small guy with a quiet voice and very gentle,” says artist and teacher Jerry Lemenu, who met Foster in the mid-’80s when they were teaching at Detroit elementary schools through the Omniarts program.

“In his paintings, he made people look noble and strong and fiery, the way he must have felt when he was painting them,” Lemenu adds. Read more

Honoring Dr. Naomi Long Madgett On the Occasion of the Broadside Lotus Merg...
Scroll to top